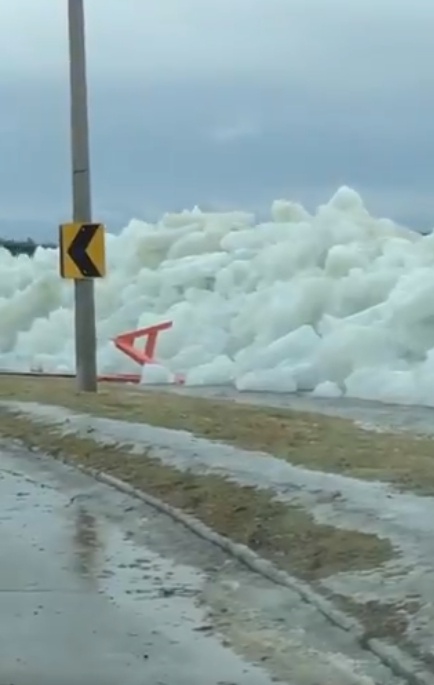 There have been reports that yesterday's storm damaged the ice boom in the Niagara River.

The New York Power Authority took to their Twitter page to say the boom is still intact. They released the following statement;

"The #Niagara #iceboom remains intact, even though pontoons can break loose during high wind events. Similar to a charm bracelet; you can lose a charm or two, but that does not mean the bracelet is not intact around your wrist. The boom is operating as designed."

Niagara Parks Police closed a section of the Niagara River Parkway, close to Mathers Arch, after the winds started to blow ice over the retaining wall yesterday.