Scheer Addresses the Media in Thorold 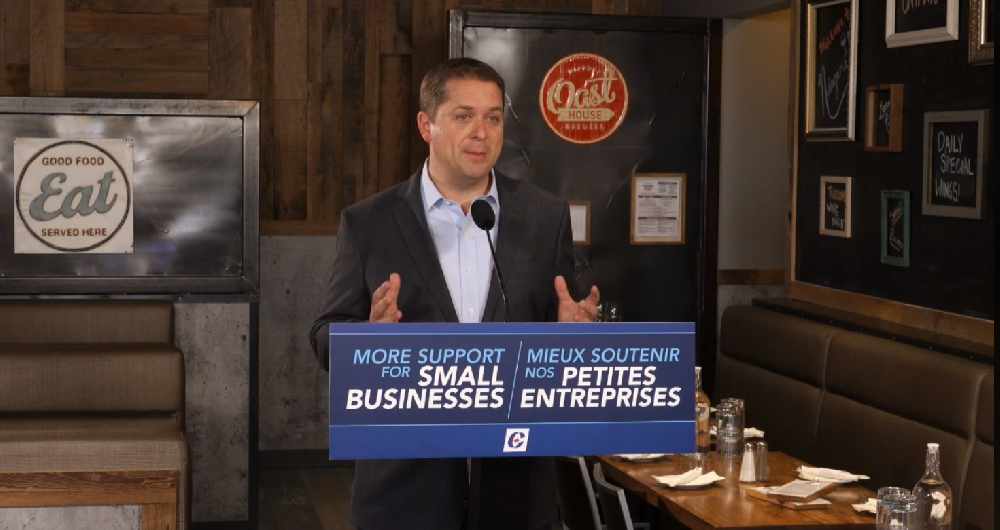 He says he will back small business owners if he becomes our next Prime Minister.

According to Scheer, a Conservative Government will repeal the Liberals tax increases and restore deductions on passive investments.

Simple how-to guides will be created, to help entrepreneurs navigate the tax system and deal with the Canada Revenue Agency.

Scheer announced a plan to cut red tape by 25 percent over four years and a new 2-for-1 rule on regulations. This means for every new regulation, his government would have to get rid of two old ones.

If elected Prime Minister, Scheer says he would also assign a minister to get rid of "job killing regulations."

Liberal Leader Justin Trudeau is on the west coast in British Columbia today. Green Leader Elizabeth May is out east in New Brunswick and NDP Leader Jagmeet Singh is in Manitoba.