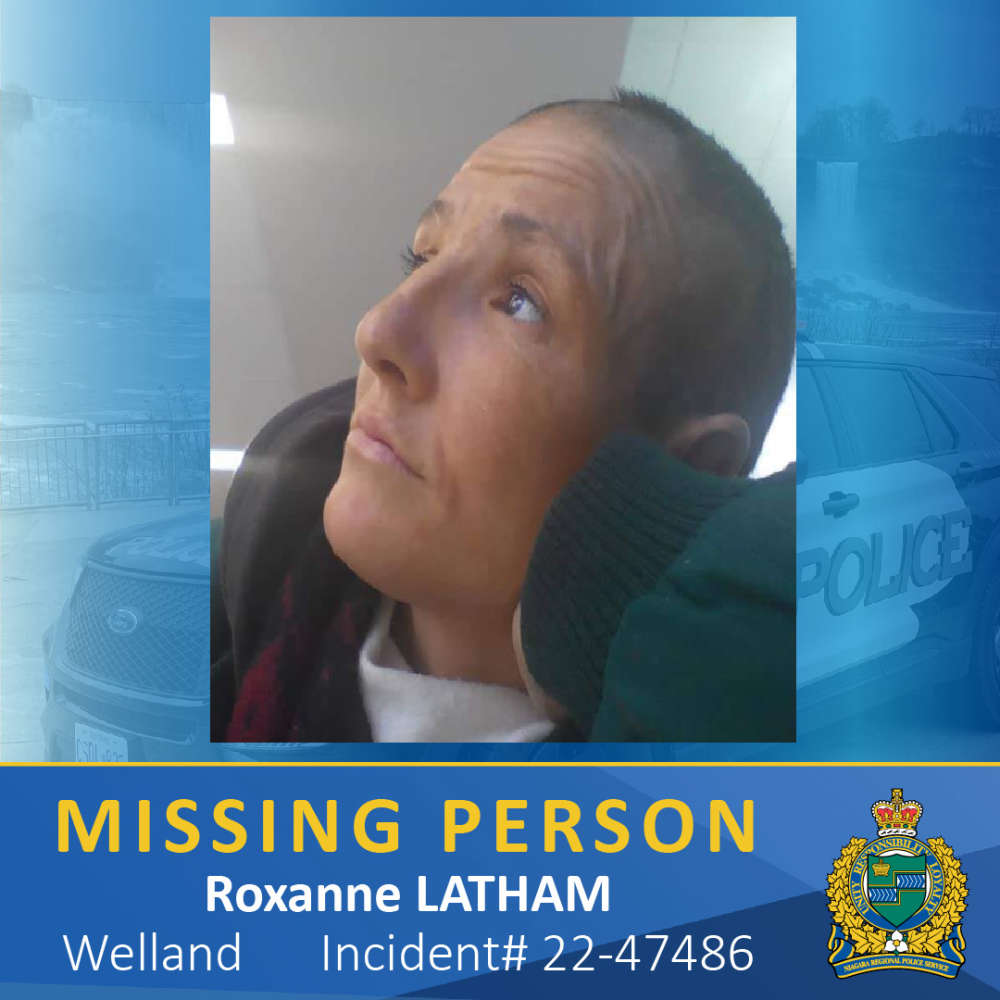 Police are asking for help finding a missing woman.

On May 7th, 39 year old Roxanne Marie Latham was reported missing by her family.

Roxanne had been living in Welland, but is also known to stay in the area of Geneva Street and Gale Crescent in St. Catharines.

Her family says she hasn't been seen since about April 28th.

It was also reported to officers that on April 27th, she may have been hit by a car while walking.

This incident was not reported to police, and she was seen leaving the area with minor injuries.

While police checked local hospitals, Roxanne was not located, and her current whereabouts remain unknown.

Roxanne is described as:

Tips can also be sent anonymously to Crime Stoppers of Niagara online or by calling 1-800-222-TIPS.